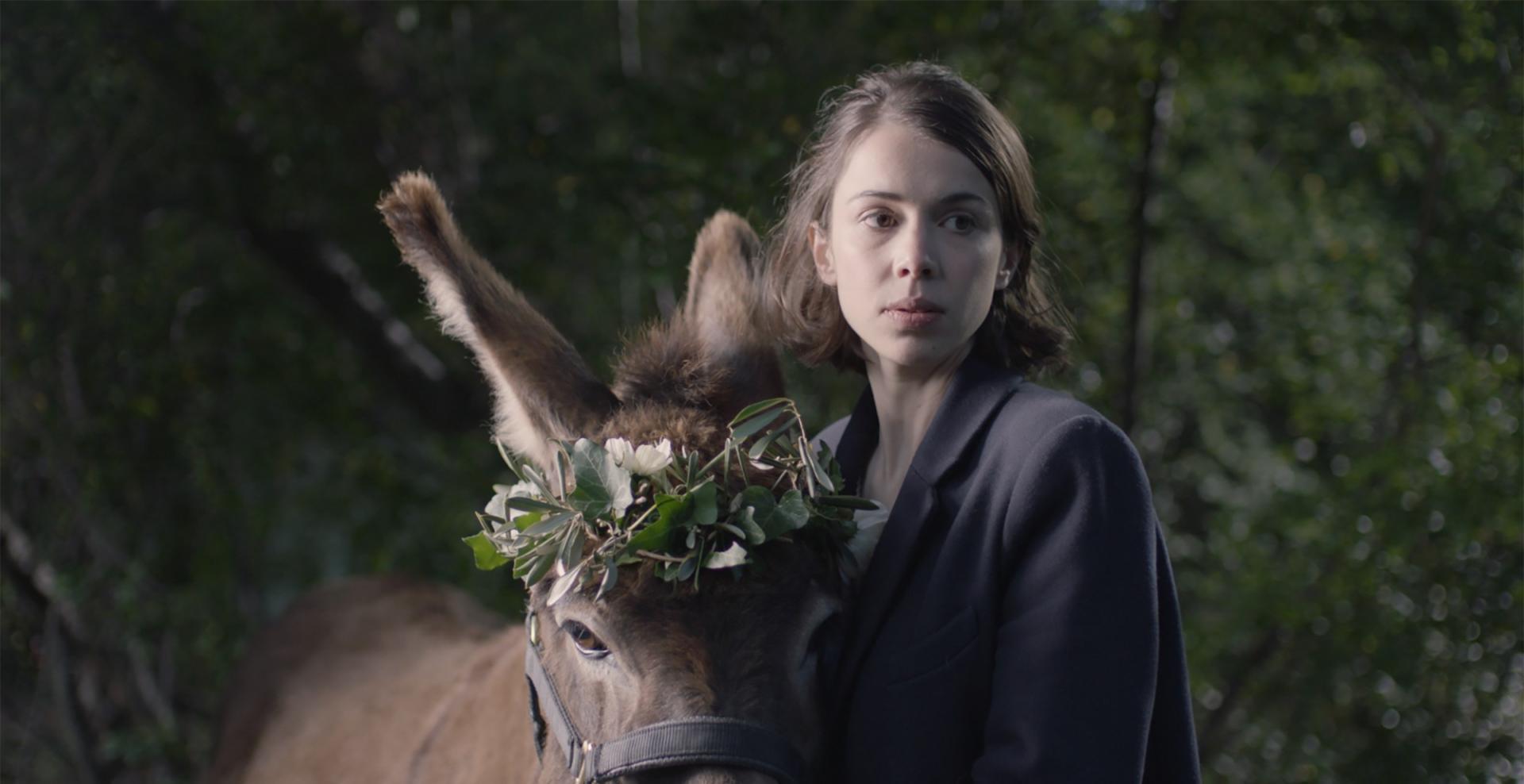 Sarah Dobai is a London based artist who works with photography, film, publication, and performance. Her recent work has re-enacted and repurposed historical works of cinema or literature, frequently working between image and text, as a means of addressing present day concerns in a historical setting. This new film installation created by the artist is based on an account of events in Budapest in 1944, and focuses on the impact of discrimination, persecution, and displacement on a child. The work builds on the links between an antisemitic attack on the child on apiece of common land known locally as “the donkey field” and the story of the persecution of Balthazar the donkey’ in the acclaimed film Au Hasard Balthazar(Robert Bresson, 1966).

The other part of the show brings together Sarah Dobai’s large format photography reflecting on Nikolai Gogol’s darkly comic novella The Overcoat of 1842 and a film Hidden in Plain Sight, where she reworked passages from  the cult movie Pickpocket (Robert Bresson, 1959).

The Donkey Field was funded by The Arts Council and The Elephant Trust.