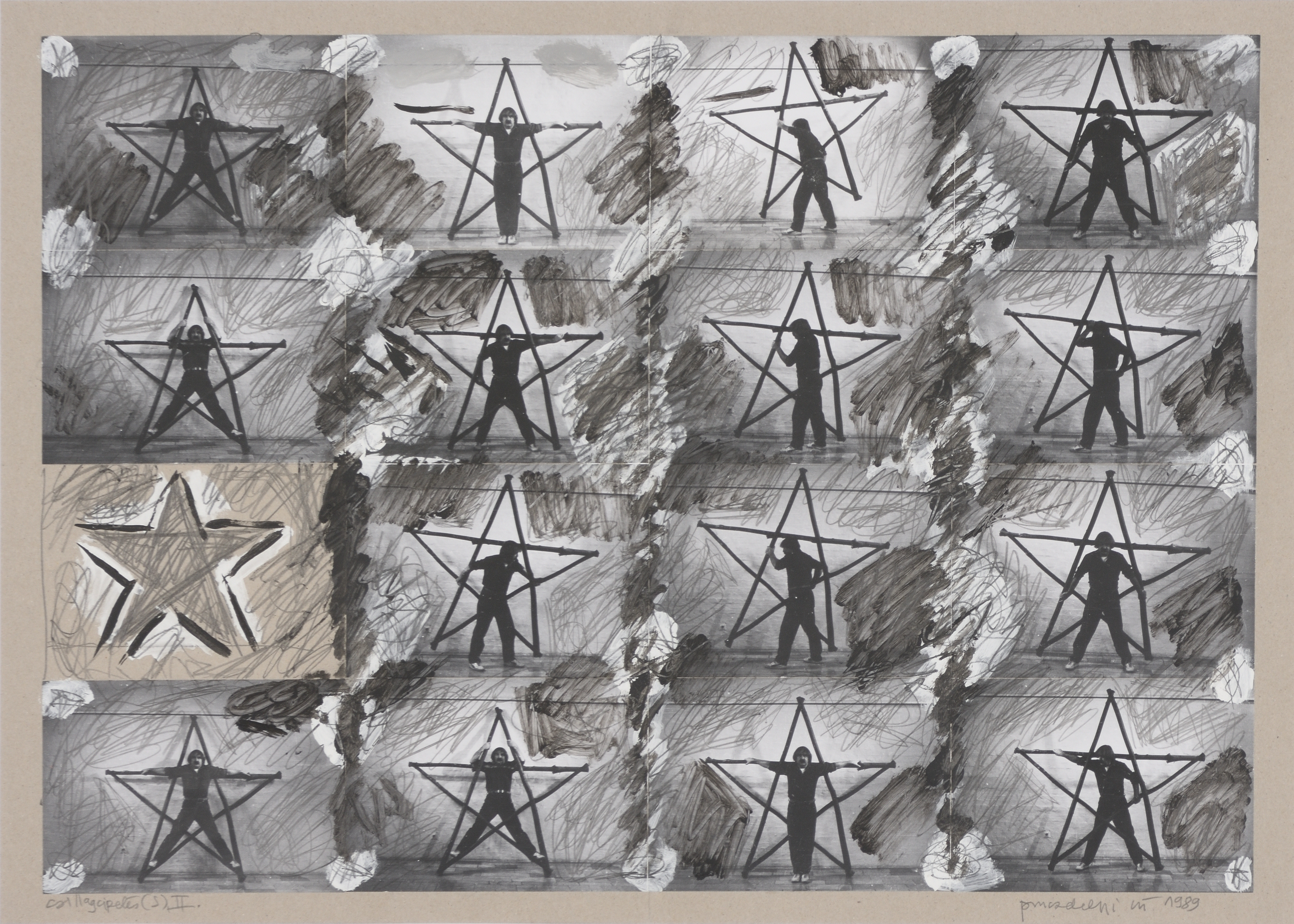 The pieces selected for this exhibition were created in the 1980s and are based on the motif of the five-pointed star. The motif first appeared in the artist’s works apropos of a land-art intervention, and would be employed again in process works such as the 1972 series Star (Quarry) and Star (Cobblestone), and the 1974 set, Star (Drawing).‍

This exhibition is centred around the series, Carrying the Star (1989). This work, which brings in mind the sequentiality of early process art, while also manifesting the influence of new-wave drawn or painted-over photography, explores the complex relationship of geometry, the body and symbols. The sequence of gestures, which looks like an absurd gymnastic exercise, performs an ironic struggle between the star as a plane figure and as a political symbol or the carrier of personal fate. It also reflects the impossibility of getting rid of the symbol-object, the unavoidability of merging with it, and the carrying of the burden.