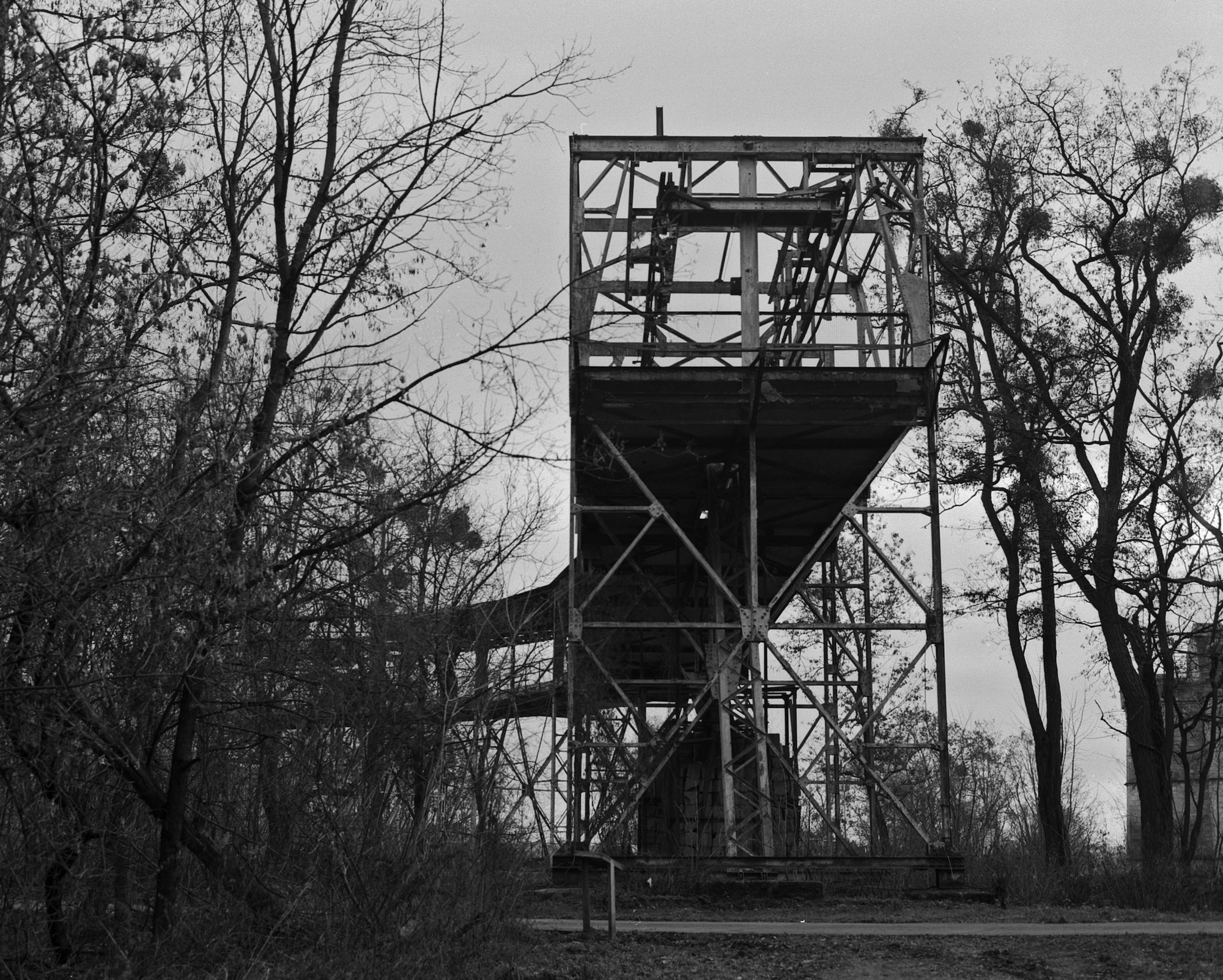 Hajnal Szolga is visual artist and photographer, who lives and works in Berlin. Her works are socially critical and address ecological and cultural issues. Her narrative photo series focus on the social and psychological effects of mass consumption; she also studies human behaviour and its impact on nature. With subjective, futuristic visions, she usually delves into the relationship between humans and their environment, especially the consequences of climate change.

Her exhibition, which features a selection from her Curfew and Traces of Survival series, is part of Igor Metropol’s artist-in-residence programme. These two series of analogue photographs also focus on the relationship of people and their environment, and formulates a socially critical message through its visual narrative. The post-industrial aesthetic of the built environment and a realistic depiction of the deterioration of nature makes for an apocalyptic scene. The static black-and-white images create a mood of silence and immobility, suggesting a state after a social or environmental disaster. The story can be freely reconstructed by the interpreter of the images, the viewer.

Additionally, visitors can have an insight into the creative process, because during her one-month residency, the artist also makes new experimental “photo paintings,” using the instruments and techniques of the photo lab.

During the next weeks of creative process following the opening ceremony, the space is going to be supplemented, constantly transformed and new works are made. The process is open and can be visited on weekdays from 14:00 to 19:00 or in other time zones by prior arrangement. The complete transformation is going to be shown by the Finissage ceremony, which is connected to a musical performance at the end of the resident program. More information: +49 176 417 301 03