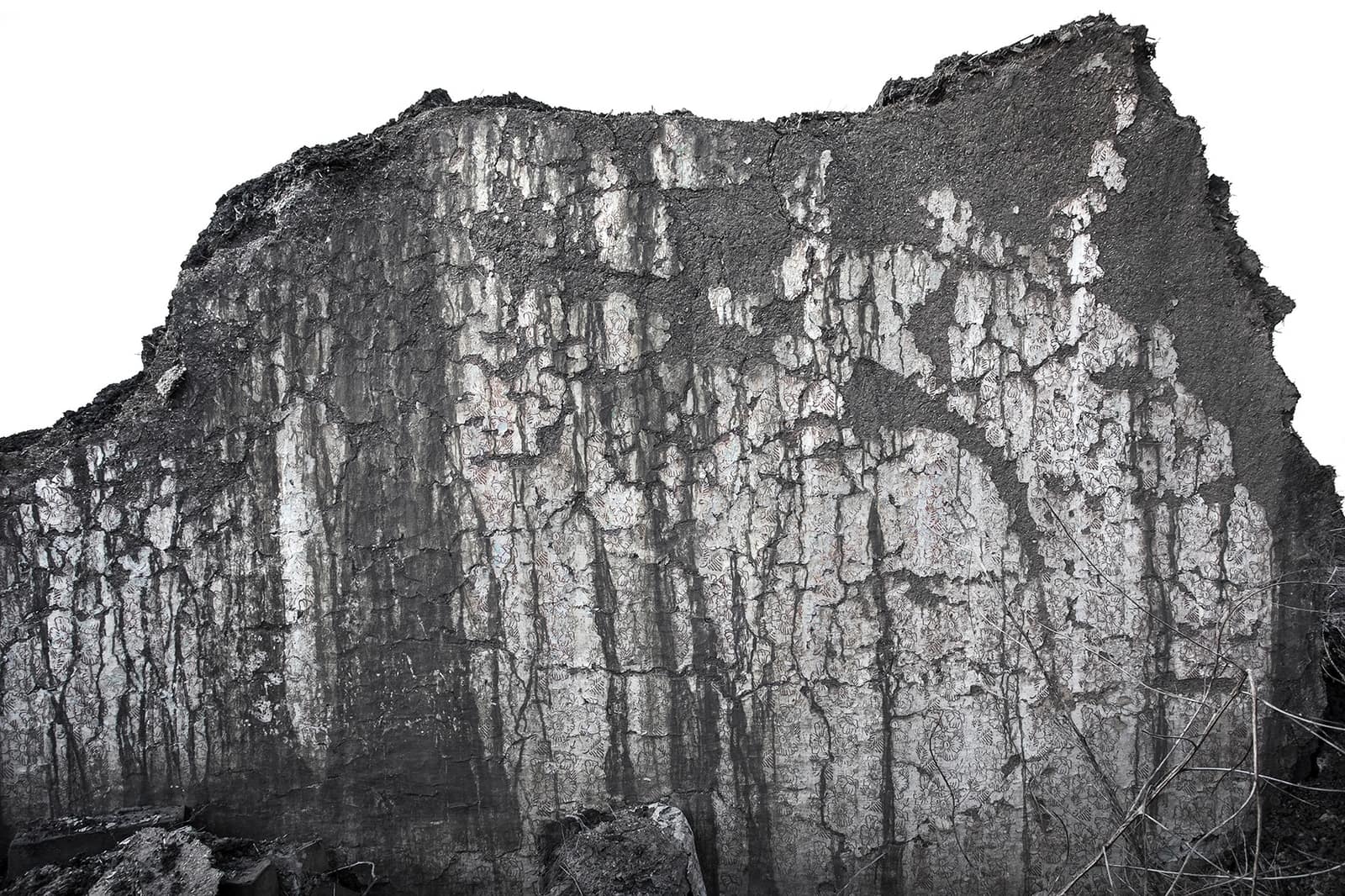 „We have since defined Gaia as a complex entity involving the Earth’s biosphere, atmosphere, oceans, and soil; the totality constituting a feedback or cybernetic system which seeks an optimal physical and chemical environment for life on this planet.“ (James E. Lovelock: Gaia: A New Look at Life on Earth, 1979)

The structure of the exhibition is built up of photos from two series by Marcell Piti, one from 2020 entitled ‘Fatherland’ and the other from 2021 entitled ‘Their Own Masters’, all of which together function as the frame of the show, and Márk Martinkó’s videos entitled ‘Ritual’, which connect the two series and provide an interpretation of the central concepts of the show. The series entitled ‘Fatherland’ captures the last moments of farms that have become deserted from the Great Plain due to various reasons, for instance because of demographic changes. The photos have been selected for this show with the purpose of highlighting the detrimental effects of human living on soil in mind. Márk Martinkó’s video series entitled ‘Ritual’ also addresses the relationship between men and the environment. The abstract videos demonstrate how the abstract thinking of people shapes their surroundings by presenting grotesque landscapes of nature. The third series on view at the show is entitled ‘Their Own Masters’, which depicts a humans-environment relationship in which the participants, people turned into farmers due to their own decision and lands surrounding them, are mutually shaping each other, but people consciously guard the balance between them.