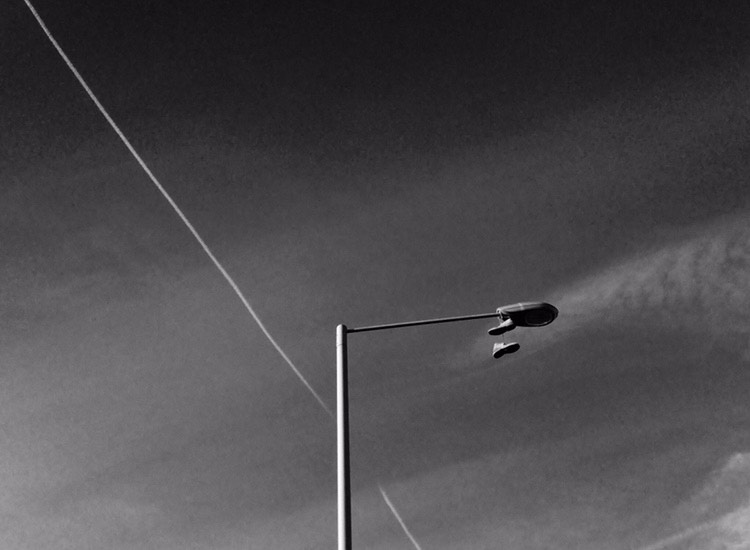 I used to ride bus K2 for years. Once I noticed a pair of boots, between Berrylands Road and King Charles Road, tied together by the laces, hanging from an electricity pole. It was there for a long time, battered by the winds, beaten by the rain, scorched by the sun. The boots would change little, it was time that went by. But then the laces broke, gave in to the elements, and the boots fell to the pavement. Right, so this is an artistic series, I thought, because I had taken several shots in anticipation of the boots’ fall. One day I could capture the object, still intact, lying on the ground. Gotcha. I thought of Vincent van Gogh’s pair of shoes. I also thought of Heidegger’s philosophy of art. My “pair of shoes” is another ordinary equipment. It was in use until someone hurled it up in the air under mysterious circumstances. My shoes (let’s call them that, because the pictures I took made them mine because they were no longer anyone’s property... I took possession of them when I made images of them, and that’s that) were in a specified space up there, for some time, and then gravity and material wear changed that situation... “In the work of art the truth of an entity has set itself to work. But perhaps the proposition that art is truth setting itself to work intends to revive the fortunately obsolete view that art is an imitation and depiction of reality?” (Ilona Nyilas)