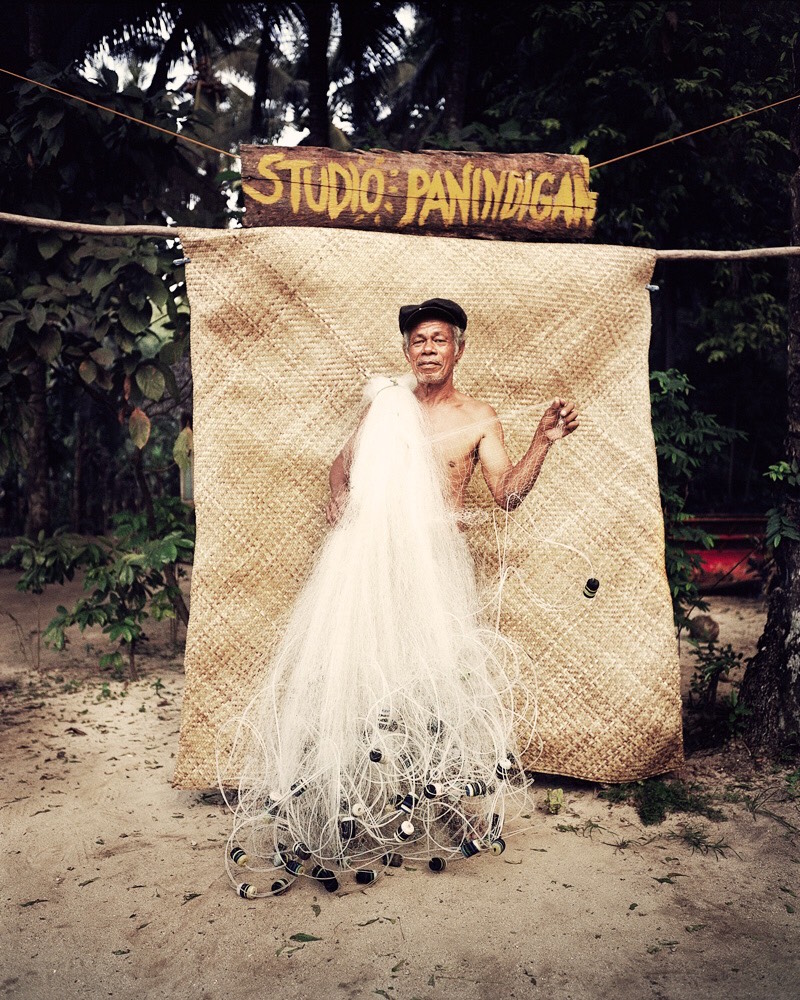 Panindigan is a Filipino verb that means “to act with conviction”. It is to uphold something in spite of hardship or disagreement. To some extent, it is the act of fighting for a belief or a way of life. There is a sense of dignity and persistence. When Hungarian photographer Bela Doka decided to photograph the fishing folk of Palawan, he made the word central to the project. On a wood board he painted 'Studio Panindigan'. He had the signage float above a screen made of banig (woven mat).

It is a simple tribute to simple, hardworking people. Doka did not want to get in the way of their work so he held the portrait sessions one hour in the morning and another in the afternoon. He also asked the townspeople to pose with an emblem of their livelihood: The fisherman’s cascading net, canisters of taho (soy custard with a sweet sauce) hauled by the shoulder, and the driver’s tricycle.