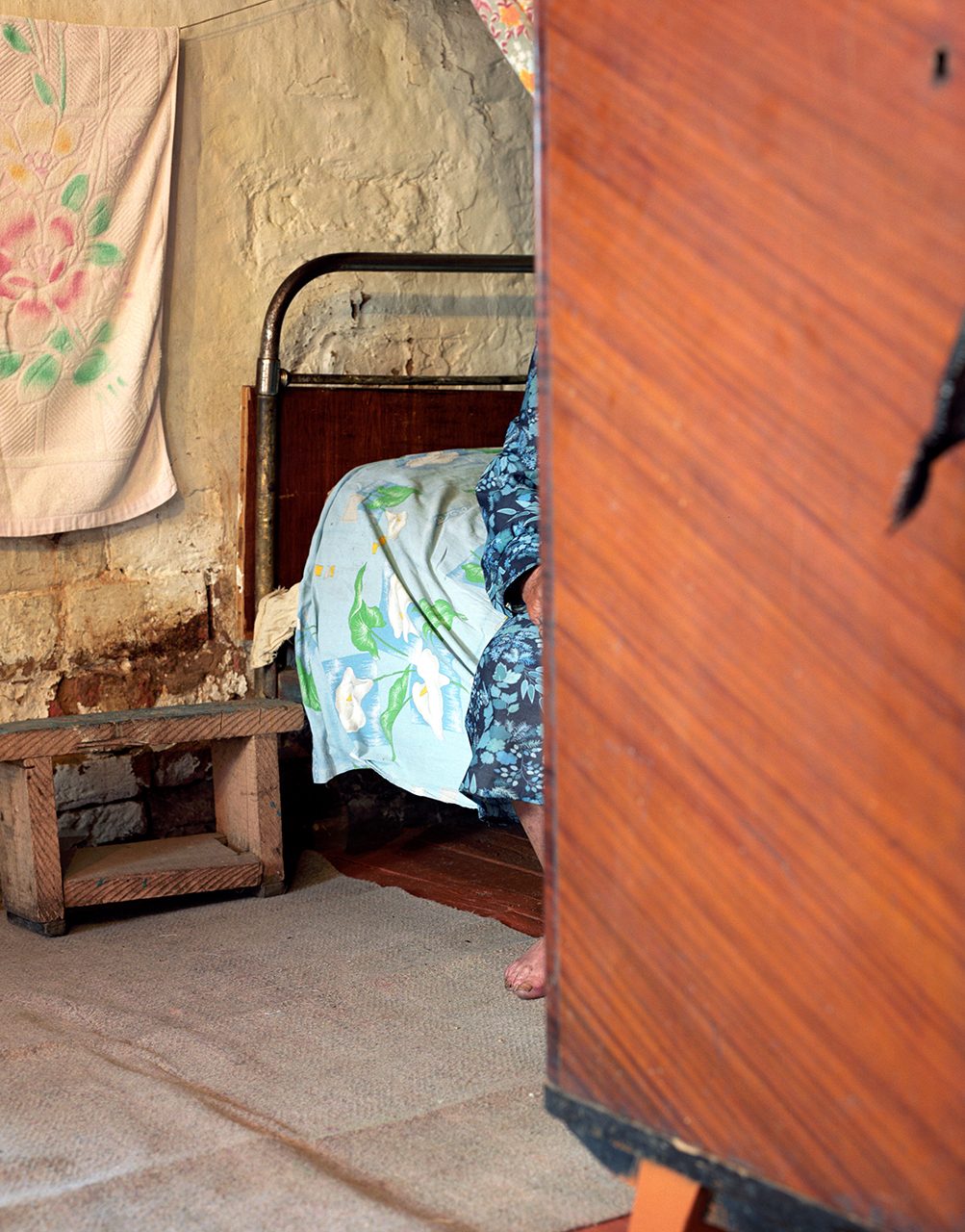 Anastasia Khoroshilova: Once the sea was here

The scene in Bezhin Meadow, a region in the Russian countryside, immortalized by Turgenev’s story and Sergei Eisenstein’s legendary film. This is where Anastasia Khoroshilova returns after twelve years to visit the locals she photographed in the early 2000s, who, back then, still harboured some hope about the future. The rift between what they once expected and the reality of the Russian countryside with its poverty, declining economy and disintegrating society, is shocking. Although the village is only a few hours from Moscow by train, hardly anybody has remained here – there are no jobs, medical service, or community. The school, the shop, the community centre stand abandoned. Young people come back, at most, to use the old houses as holiday homes, while the old seclude themselves in their houses, which they have surrounded with tall tin fences.

Bezhin Meadow is a symbolic place in Russian culture for the representation of social changes and conflicts. Following the 1852 publication of A Sportsman’s Sketches, Turgenev was convicted of instigating revolt, sentenced to one year ofhouse arrest at his family’s estate, and the book was banned for the way it representedthe society. Since the 1950s, however, it has been compulsory reading atschools. Eisenstein’s film was banned in 1937, before it was finished, and wasbelieved to have been completely destroyed until it was partially reconstructedin 1966.By the end of the 20th century, in Sorokin’s Novel , it is not the Gulag that serves as a metaphor for life, but a disintegrating Russia. The hero of Peter Aleshkovsky’s novel, The Fortress, is a middle-class ‘loser’ who is incapable of finding his place in a society in which everything is decided by money and connections.

Khoroshilova reflects with sensitivityon both Turgenev’s realism and Eisenstein’s formal idiom, which revolutionizedthe montage technique. The surroundings, the places where the once close andloyal community used to live, the human body only appear in fragmented forms inher carefully constructed photos. She studies everyday life with the eyes of ananthropologist, and represents the disintegration of rural society with a newrealitic approach. How long can the remaining losers of Bezhin Meadow preservetheir inner power?Does non-urban Russia have any future today?